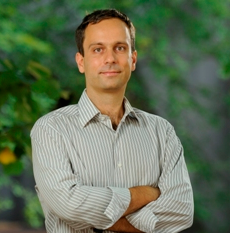 I am a Royal Society Wolfson Research Fellow, a Senior Member of the Institute of Electrical and Electronics Engineers (IEEE), the Editor for Medical and Rehabilitation Robotics of the IEEE Robotics and Automation Letters, a member of the Technology Committee of the European Association for Endoscopic Surgery (EAES), and a member of the steering committee of the International Society for Medical Innovation and Technology (iSMIT).

Research interests
My research is centred around Medical Capsule Robots. Capsule robots are meso-scale devices that leverage extreme miniaturization to access and operate in environments that are out of reach for larger robots. In medicine, capsule robots can be designed to enter the human body through natural orifices or small incisions and to perform endoscopy and surgery while minimizing the invasiveness of the procedure. At the STORM Lab, we are working on enabling technologies that have the potential to transform endoscopy and surgery. These technologies include magnetic manipulation of capsule robots, water jet propulsion, real-time pose tracking, intermagnetic force measurement, miniature mechatronic design, small-scale electronic circuits and open-source design environments.

In order to make a real difference in patient's wellbeing, we have a strong focus on translation of lab prototypes to clinical use, especially to address pressing medical needs in low-income countries. Current work is focusing on a painless solution for colonoscopy based on a magnetic soft-tethered capsule robot and on an ultra-low-cost platform for gastric cancer screening in Central America based on water-jet propulsion.